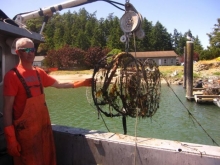 It is estimated that every year, over 10,000 crab pots are lost in the Puget Sound. The lost pots trap and kill crabs and other marine animals, degrade the sea floor upon which they rest, and interfere with other fishing. 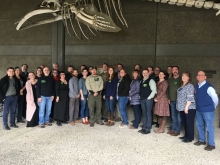 The NOAA Marine Debris Program (MDP) is pleased to share the biennial update to the 2017-2023 Oregon Marine Debris Action Plan (Action Plan). This document is the result of a collaborative effort between the MDP and regional partners, including representatives from governments, tribes, non-profits, academia, and the private sector. It includes partners’ shared goals, strategies to achieve those goals, and corresponding actions to reduce marine debris in Oregon. 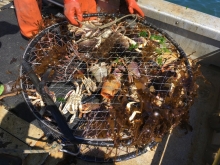 They say that too many cooks spoil the broth, but when the broth is derelict crab pots in Washington State, the more cooks the better. Over 10,000 crab pots are estimated to be lost annually in the Puget Sound alone, and  many more are lost in the Straits of Juan de Fuca and along the Pacific Coast. 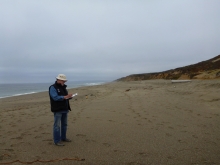 Put on your flip-flops and let’s head to the beach! This week we are celebrating Clean Beaches Week and all of the great work our Marine Debris Monitoring and Assessment Project (MDMAP) participants are doing. 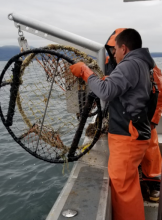 Winter storms are fierce and powerful along the coast of the Pacific Northwest, capable of moving fishing gear far from where it was deployed. The peak of the Dungeness crab season is in the dead of winter, coinciding with storm season, a major contributor for gear loss. Lost crab pots and other derelict fishing gear harm the environment, pose a risk to navigation, and negatively impact the economy. 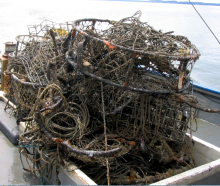 To visitors of the Pacific Northwest, beaches along the Pacific Ocean and the Puget Sound seem stunningly beautiful and often pristine. A closer look reveals that these beaches, like beaches the world over, are impacted by marine debris that harms the ecosystem, creates navigational hazards, and negatively affects the economy. 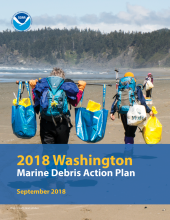 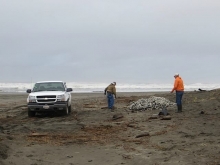 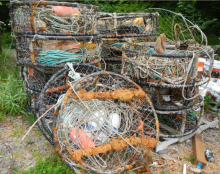 Many native communities in the Western United States are tied to the ocean, depending on its resources for economic well-being and cultural identity. The NOAA Marine Debris Program (MDP) is proud to have worked with native communities on the West Coast to protect these resources by preventing and removing marine debris. 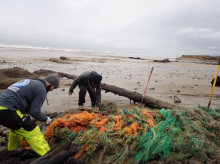 To most residents and visitors in the Pacific Northwest, marine debris is what they see on the beautiful beaches of Oregon and Washington: items such as plastic consumer debris, commercial packaging, and even balloons. Luckily, agencies and NGOs including CoastSavers, Grassroots Garbage Gang,  Oregon SOLVE, and the Oregon Marine Debris Team have collaborated together and with the NOAA Marine Debris Program (MDP) for years to prevent and remove this debris, much of it arriving from around the Pacific to the sparsely-populated Pacific Northwest coast. Another form of marine debris, derelict fishing gear, is less visible, but still harmful to the environment, commerce, and navigation. Derelict crab pots, shrimp traps, and lost nets and lines can entangle marine wildlife, harm the sea floor upon which they rest, pose a risk to navigation, and even threaten human safety.