Sittin’ on the Dock of a Cleaner Richardson’s Bay

In 1967, soul singer Otis Redding wrote the hit song (Sittin’ On) The Dock of the Bay while visiting a friend’s houseboat on Richardson’s Bay, an inlet on the northern portion of San Francisco Bay near the City of Sausalito. To this day, the area surrounding Richardson’s Bay has an eccentric bohemian vibe and is home to a melting pot of residents who share a historic maritime culture that started with the shipbuilding industry moving in during World War II. However, over time, and particularly in the last few years, the number of illegally anchored vessels on the Bay has nearly doubled from about 100 in 2008 to 185 in an August 2019 survey.

Many of these vessels qualify as marine debris and are uninhabited, used as storage, and threaten critical habitat for herring, migratory birds, and other wildlife in Richardson’s Bay. The Richardson Bay Regional Agency (RBRA), with support from the NOAA Marine Debris Program’s (MDP) Community-Based Removal Grant, is increasing efforts to remove and reduce the ecological impacts caused by these vessels consistent with sections 550-553 (“marine debris”) of the California Harbors & Navigation Code. Under the MDP grant, the RBRA is currently working towards the removal of 25 vessels, an estimated 250 tons of debris, from Richardson’s Bay.

The vessels to be removed are a combination of powerboats and sailboats, and are made of any variety of materials (e.g., fiberglass, steel, wood, and/or ferrocement - a composite material made up of mortar and light wire steel mesh). These vessels are known to scour critical eelgrass habitat, are a source of marine debris, can leak hazardous waste, may encourage the arrival of new vessels, and can be a hazard to navigation if they break free from their anchor.

While addressing the ecological impacts of vessels that qualify as marine debris, the RBRA and other local governments are also reducing the number of vessels entering anchorage that may become sources of marine debris. RBRA recently completed a study with recommendations on where and how regulated moorings could be installed to allow limited anchoring on the Bay. As the number of homeless and unhoused people living on or near California waterways continues to increase, there’s a tricky balancing act between providing necessary resources to at-risk populations while continuing to protect water quality.

Instead of “watching the tide roll away”, today Otis Redding may have witnessed abandoned vessels drifting aimlessly after breaking loose from anchor during a storm event, and bumping into other anchored vessels. By using MDP funding to target the most dilapidated, unseaworthy, and polluting vessels, RBRA hopes to see a significant recovery of the eelgrass habitat through ongoing monitoring in future years. The MDP is proud to support their efforts and we look forward to a healthier Richardson’s Bay to inspire the next generation of musicians. 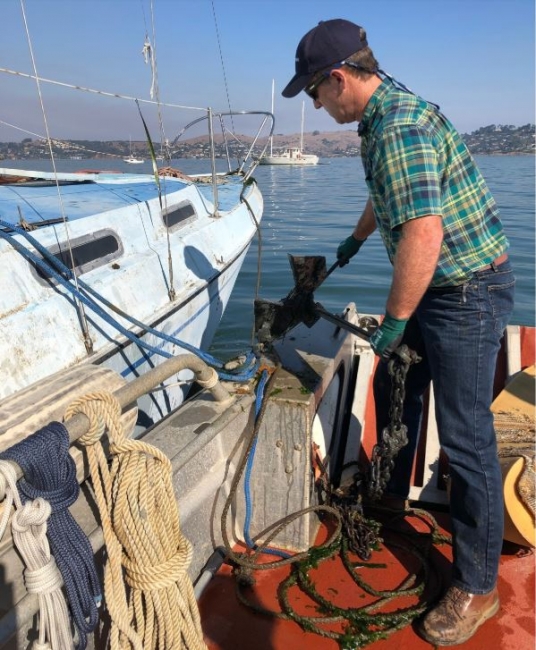 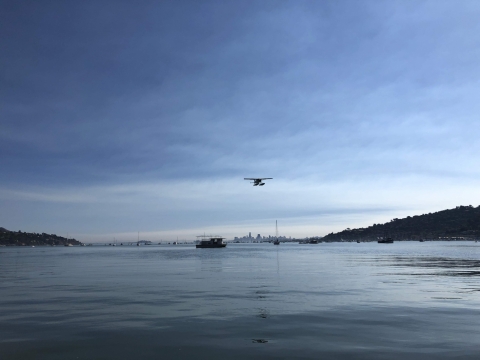 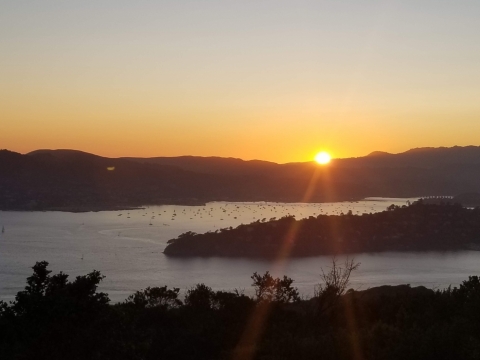 People living on boats are not homeless or unhoused. They live on them by choice as I have for 25yrs. Forcing them to pay for moorings makes it hard for many retirees to survive when currently they can anchor for free. I understand the need to minimised the damaged caused but try to remember that not everyone thinks a house is the best place to live. Put in free screw moorings and provide a pumpout barge. The yachties will love you for it and everybody wins.