To combat this issue, a team of nine specialized divers from the NOAA Pacific Islands Fisheries Science Center (PIFSC) Coral Reef Ecosystem Program (CREP) conducted a 28-day operation to survey and remove marine debris at Midway Atoll, focusing on derelict fishing gear in shallow reef and shoreline environments. Debris accumulation and the concentration of microplastics (<5mm) and mesoplastics (between 5mm and 2.5cm) were also explored. The work was divided between in-water surveys and fishing gear removal from Midway’s barrier reef, and shoreline surveys and the removal of fishing gear and plastics from the beaches of all three of Midway’s islands (Sand Island, Eastern Island, and Spit Island). Overall, the team successfully removed 14,606 kilograms (32,201 pounds—that’s 6 elephants!) of derelict fishing gear and plastics.

Over the past three years, the cleanup effort at Midway Atoll has been focusing on removing derelict fishing gear and plastic items. Using a survey method modified from that used nationally by the NOAA Marine Debris Program, this study emphasizes the abundance of North Pacific fisheries-specific debris that accumulates in the Hawaiian Archipelago. By collecting, categorizing, and counting all of the removed debris, the team hopes to bring forth public awareness to what debris is accumulating, particularly everyday consumer products.

Everyday products littered the beaches of Midway Atoll, none more prominently than plastic beverage bottles. A total of 3,486 beverage bottles were removed from the shorelines, along with 9,019 separate bottle caps. Hundreds of other household items such as toothbrushes, personal care products, plastic dishware, plastic utensils, and other plastic containers were also removed, along with 959 disposable cigarette lighters. Plastic pollution dominates the collection of marine debris along shorelines every year, and with outreach and education, the team hopes to vocalize the plastic issue and open the eyes of the everyday consumer. Fisheries-specific debris is also a big problem, such as derelict fishing nets, fishing buoys and floats, eel cone traps, and oyster spacer tubes (typically used in aquaculture to separate scallop shells during long line oyster farming and cultivation). This year, 4,366 plastic oyster spacers were removed, as well as 4,178 hard plastic buoys and 1,467 foam buoys.

The human-created problem of marine debris will continue to threaten the fragile, vital, and valuable coral reef ecosystems across the Hawaiian archipelago until a more permanent solution is found. Fortunately we can each do our part every day to help protect our environment and wildlife from the effects of marine debris. Working together-- from recycling and reusing materials, to participating in beach cleanups in your area-- we can make a difference!

This year’s operation was made possible by the NOAA PIFSC CREP, funding from the NOAA Marine Debris Program (MDP) and the Papahānaumokuākea Marine National Monument, and the in-kind services of the U.S. Fish and Wildlife Services. 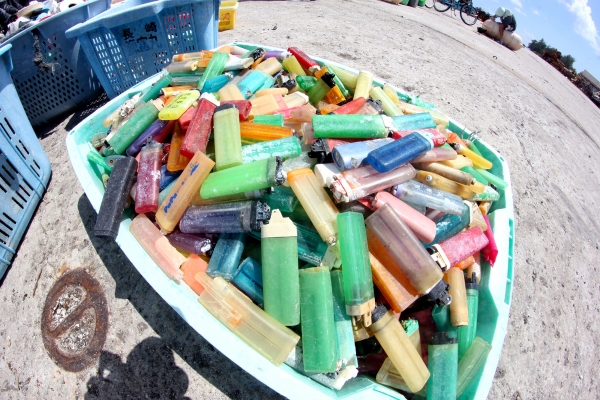 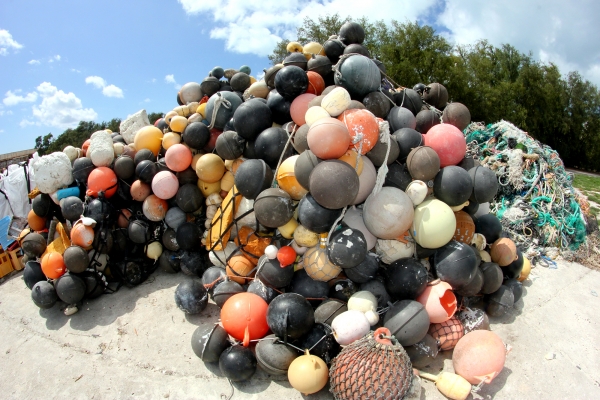 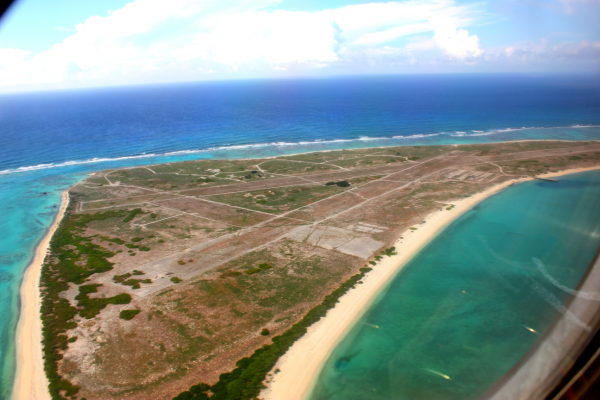 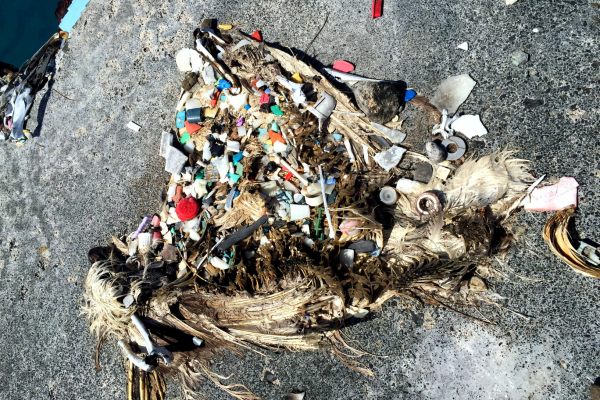 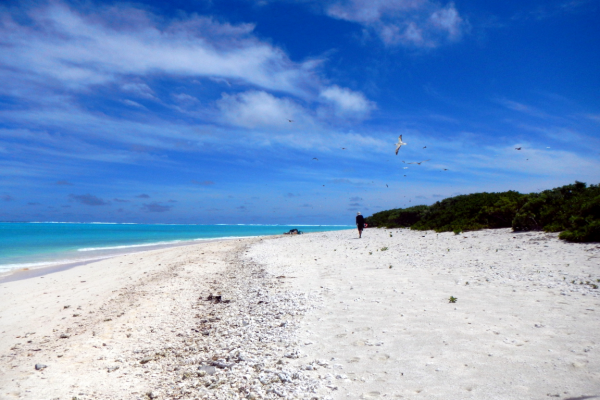 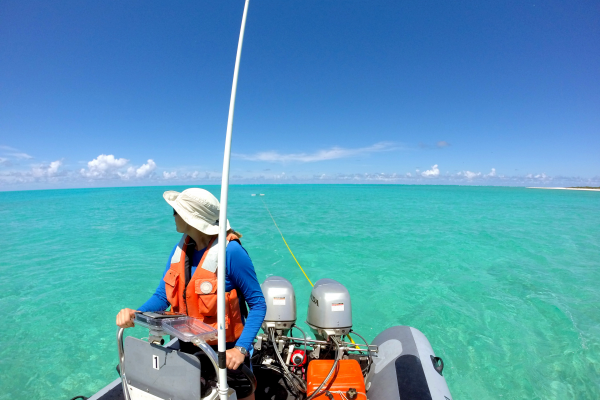 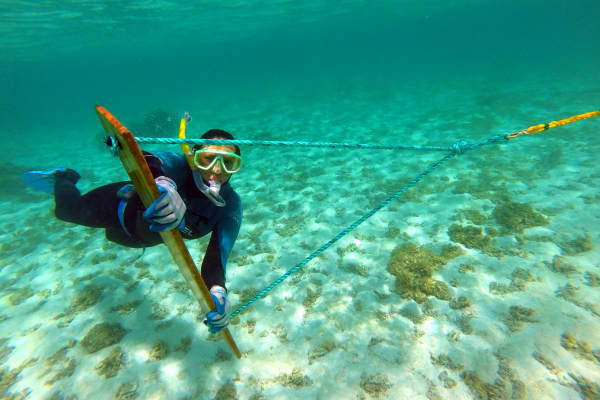 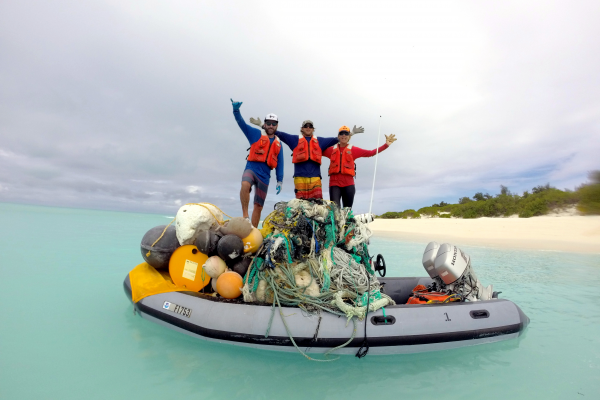 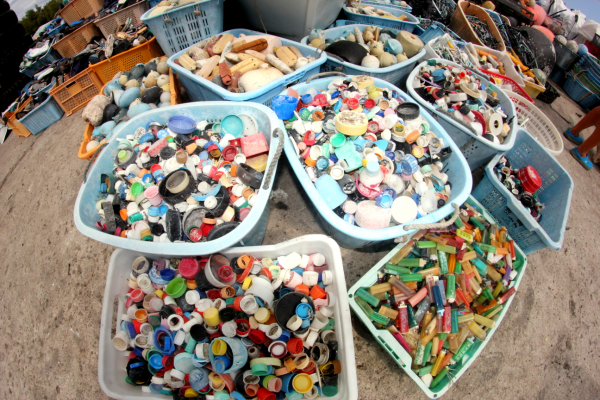 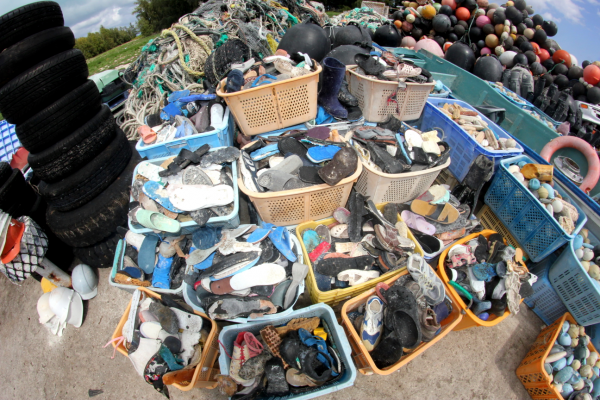 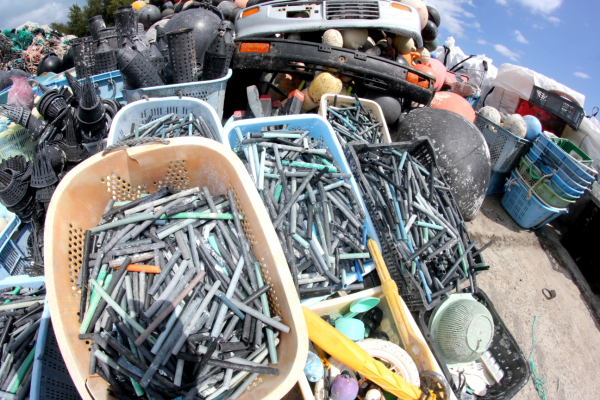 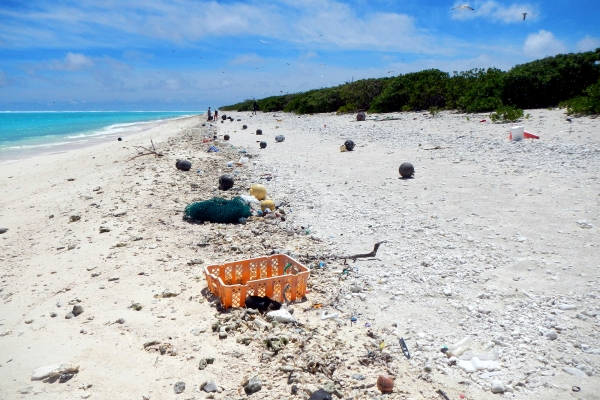 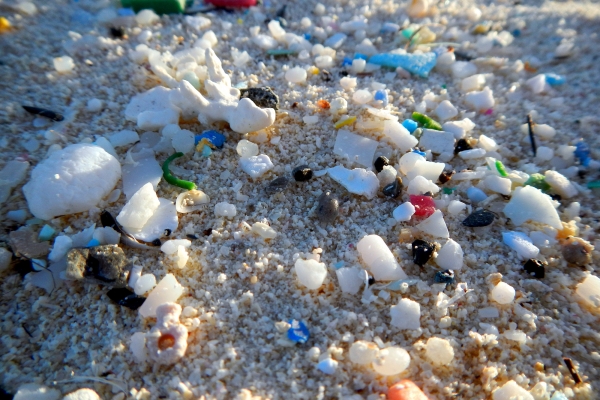 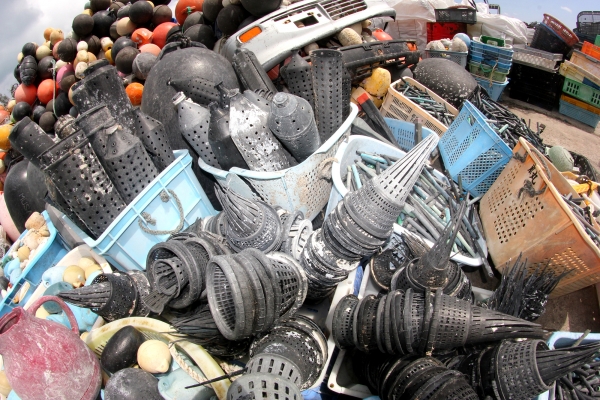 522 eel cone traps were removed from the beaches of Midway Atoll. (Photo Credit: NOAA PIFSC, Coral Reef Ecosystem Program)
Previous Pause Next
1 of 14
Click on the images in the slideshow for a larger display.
Tags
NWHI
cleanups
removal