Throughout the year, the NOAA Marine Debris Program will spotlight each region for an entire month. Keep an eye on our blog and social media to learn about exciting marine debris projects and initiatives throughout the country.

The strongest El Niño episode in the Western Pacific, since the record years of 1997 and 1998, took place in 2015. Micronesia experienced over 30 tropical cyclones, and the chances of typhoons impacting the Commonwealth of the Northern Mariana Islands (CNMI) were significantly elevated. After several near-misses, in August 2015 Typhoon Soudelor directly impacted the island of Saipan. In its wake, it caused the initial grounding of the Lady Carolina, an 83-foot, steel-hulled fishing vessel, in Saipan Lagoon.

While Typhoon Soudelor battered the island of Saipan, the Lady Carolina broke free of its mooring and came to rest on a shallow patch reef in the northern lagoon area, crushing and fragmenting coral. In the years that followed, it tipped over onto the reef and began to deteriorate, causing further damage. In 2018, the vessel sustained even more damage during the landing of the Category 5 Super Typhoon Yutu.

Saipan Lagoon is a highly visible, busy, and important marine environment located on the most populous island of CNMI. It includes a marine protected area, Mañagaha Marine Conservation Area, locals frequent the lagoon for recreational activities and subsistence fishing, and it serves as an important space for commercial and economic activities. The lagoon’s shallow-water benthic habitats are home to important marine life such as reefs, coral colonies, seagrass, algae, and endangered and threatened species, such as the Hawksbill Sea Turtle. However, over the past six years the derelict fishing vessel Lady Carolina has blemished the lagoon and served as a daily reminder of the destruction caused by highly disastrous storms. Its presence jeopardized a sense-of-place for residents, was an eyesore for tourists visiting the lagoon, and threatened the reef habitat, including some of the largest boulder corals in the lagoon. Pacific Coastal Research & Planning, a Saipan-based environmental non-profit organization, with support from a NOAA Marine Debris Program removal grant, the NOAA Coral Reef Conservation Program, and the Hurricane Response Marine Debris Removal Fund, a partnership between the NOAA Marine Debris Program and National Fish and Wildlife Foundation, coordinated the successful removal of the Lady Carolina and ultimately put an end to its harmful impacts.

The removal activity was conducted by Smithbridge Guam with support from Tano Group, Inc, and Deep Blue LLC. Johnston Applied Marine Sciences (JAMS) and Koa Consulting provided environmental monitoring and compliance support to the project. Beginning in May 2021 and ending in July 2021, removal crew members worked to cut the Lady Carolina wreck into smaller pieces that were then lifted by a crane onto a nearby transport vessel. The pieces were then transported back to Saipan, where Deep Blue LLC secured the pieces and took them to a nearby construction yard for further breakdown, processing, and disposal. Clearing the Lady Carolina resulted in the removal of 80 metric tons of metal scrap, 864 cubic feet of common waste (wood, plastic, etc.), and 980 cubic feet of other waste (rigid foam insulation). Additionally, the Smithbridge-Tano crew recovered approximately 650 gallons of fuel and hazardous liquid materials. A StoryMap detailing the progression of this massive removal undertaking can be viewed here. 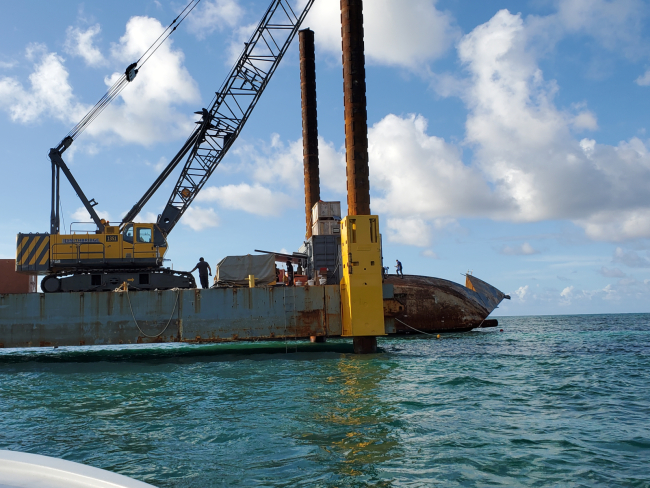 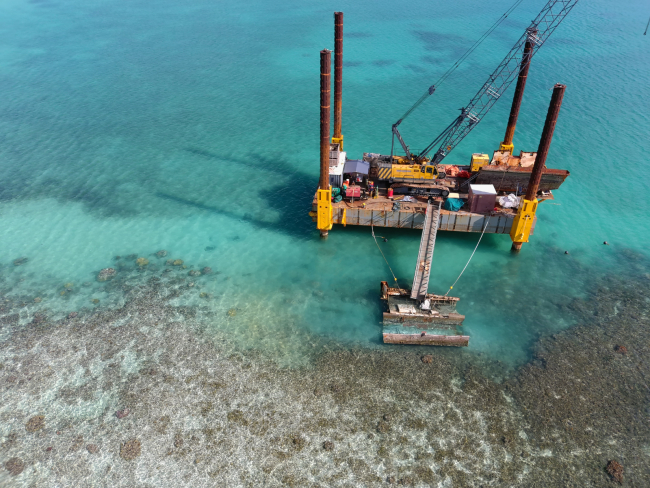 Prior to removal activities beginning, a marine biologist team under JAMS translocated approximately 150 coral colonies from the removal project area and secured them to a nearby temporary staging area. Following removal operations, the coral colonies were taken back to their original site in the hopes of jump-starting the recovery process for the reef habitat damaged by the vessel grounding. 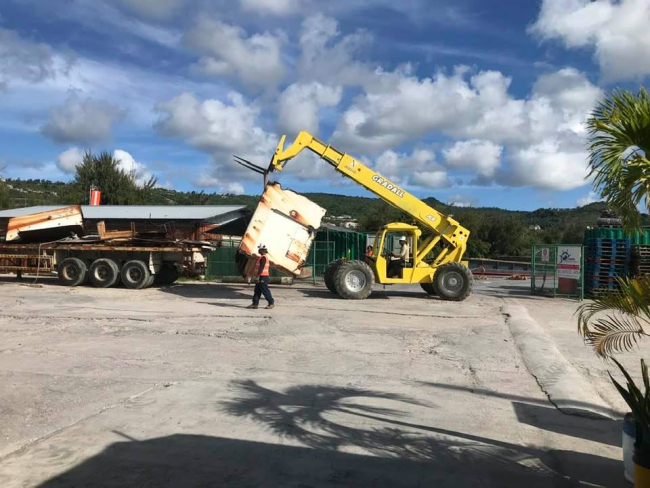 Abandoned and derelict vessels (ADVs), such as the Lady Carolina, are a significant problem throughout the Pacific. Carrying out the removal of these vessels in remote locations is often more difficult and costly than in other places, ultimately causing the processes to be much longer. The efforts to address the Lady Carolina underscores the importance of prioritizing ADV removal efforts in these communities and supporting storm preparedness. In this particular effort, clearing the Lady Carolina removed a looming reminder of Typhoons Soudelor and Yutu, and contributed to the lagoon’s and community’s continued healing.